ProPilot is Here to ASSIST You, not to Drive FOR You 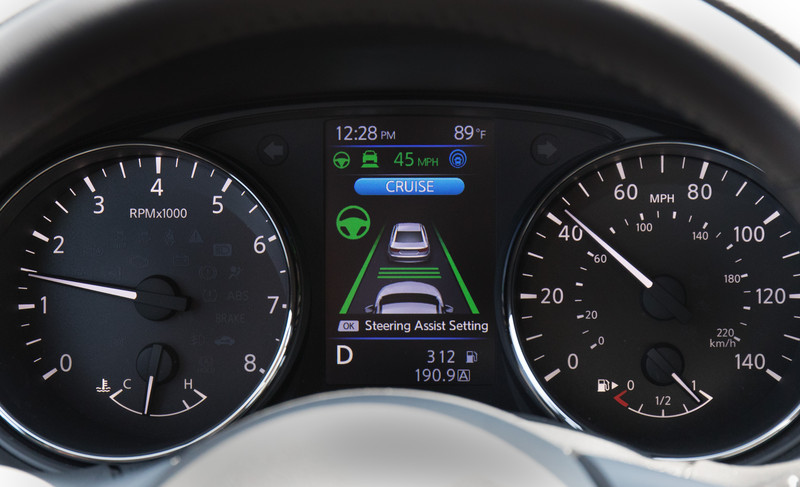 Driver-assist technologies are putting today’s drivers one small step into the future, but fully autonomous driving is still a giant leap away. While some companies are using a misleading advertisement to suggest otherwise, Nissan’s own marketing is focusing on the fact the driver must still be in control.

In a bid to avoid dangerous crashes and collisions that are creeping up on drivers of other brand’s vehicles, Nissan is redoubling its efforts to make it clear as day that drivers are still responsible for staying alert and in control behind the wheel.

In a report by Automotive News, Nissan sat down to discuss our ProPilot Assist technology and the limitations it, and all similar technologies from other companies, still face.

In the report, Nissan made it clear that hands-on is still a vital component of the driving experience, something they have tried to encourage from the very first days of semi-autonomous driving.

"We had a fundamental viewpoint that if we were going to bring this technology to market, it was about describing it as a hands-on driver assistant system," Andy Christensen, Nissan senior manager of technology planning and research, told Automotive News.

Nissan’s goal is to avoid dangerous accidents that are embarrassing other auto companies that have used less clear language about their cars’ capabilities. The strategy seems to be paying off, with Nissan drivers leaving the lot less confused about the new technologies.

Of course, sometimes telling the truth can come at a cost. While other companies are able to use their hyperbolic language to bring in customers seeking a taste of the future, Nissan must find a way to balance their more truthful descriptions with the need to attract customers to this premium experience.

Rather than making outlandish claims, Nissan’s strategy is to show, quite literally, what you can and cannot do behind the wheel.

"It's a little bit more of a challenge to describe what the system is doing, how the system is assisting," Christensen told Automotive News. "You can show the individual's feet slide back and off the pedals, but showing the person completely take their hands off the wheel is not something that we do."

Nissan encourages hands-on demonstrations of the technology to potential customers, including driving on the highway during test runs. The idea is that seeing it in action will make customers believe in the technology and what it can do, without filling customer’s heads with notions of unrealistic capabilities. "You need to experience [the technology] to really see the benefit," Christensen said. "When you drive for an extended period of time, you start to realize, 'Oh, I do feel better after the drive."

While Other Brands Take the Low Road

Nissan hopes that with this increased consumer knowledge, they will avoid the scandals plaguing competitors. These manufacturers are playing fast and loose with their own branding and advertisements, to potentially dangerous results. "Unfortunately, you've seen when you crank up the dial of marketing, humans can misunderstand, and that can have some pretty significant consequences," Christensen told Automotive News.

Tesla is perhaps the biggest name in driver assistance technology, partly due to their outlandish claims. Their futuristic cars are pushing the envelope of technology, but also crossing serious ethical boundaries in advertising just what they are capable of.

Tesla has become famous for touting the supposed power of their AI-like technologies, with creator Elon Musk often taking his hands entirely off the wheel and relaxing during interviews and videos for the brand.

They’ve gone so far as to giving the technology the airplane-like “Autopilot” branding. Yet, while pilots may have access to such an impressive level of autonomy in the skies, car drivers down here on the road still have a long way to go.

This marketing strategy seemed to be a great success at the start, but now Tesla is paying the price for their misleading advertisements. Several accidents that may have involved drivers overly relying on the supposed “Autopilot” have occurred, and social media has lit up with videos of Tesla drivers texting, reading and sometimes even sleeping behind the wheel.

Tesla is now struggling to push back against the bad publicity, shifting focus away from the assistance features and issuing numerous clarifications and updates about the technology’s true potential.

Putting a Premium on Truth

In the Automotive News report, Nissan gave an inside look at how it decided to push back against the misleading claims of other brands.

Back in 2017, Nissan held a two-day ProPilot strategy workshop involving many branches of the company and their allies. On the first day, activities focused on explaining the technology and exactly what it could, or couldn’t, handle. Participants then went on drives to experience the system first-hand, hands-on.

"That was really about laying the foundation, making sure that the people understood what the technology was and wasn't,” Christensen said.

Despite day one’s efforts, some of day two’s early proposals aggressively marketed the tech, using tactics employed by other brands, such as making claims of capabilities that ProPilot could not back up.

"I pushed back at the time and said, 'No, that's not what it's about,' " Christensen told Automotive News. "We said, 'No, we can't do that. That's sending the wrong message about the technology.'"

Details as simple as the name became a concern. Nissan worried that the ProPilot moniker, despite being less forceful than other brands, might still lead U.S. consumers to overestimate the system. The last thing they wanted was for drivers to believe the system was capable of much more than it truly was, such as “piloting” the car all on it’s own. Nissan opted to add Assist to the name, putting the focus back on the fact that the system only lends a hand, and not that you could go hands-off, airplane-style.

"Fundamentally, the car is still at the level that it requires the driver to intervene at any moment," Christensen said. "When the driver still has that role, to lead them to think that the car is really driving itself, that's where we think you can run into some pretty serious issues."