Meet the Mastermind of Nissan’s GT-R 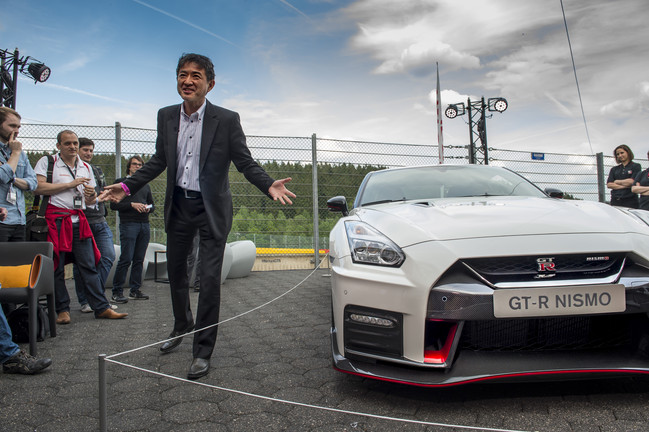 It’s not every day you get a chance to look under the hood of the brilliant minds behind the automotive industry’s greatest cars and trucks. Thanks to Digital Trends, we get to see what drives the chief product specialist for Nissan’s GT-R.

The God Behind “Godzilla”

One of the biggest parts of the Nissan automotive machine is the iconic GT-R. Affectionately known by fans as “Godzilla,” the performance car’s current generation has wowed enthusiasts the world over for a decade. Yet while the exotic car generates much praise and acclaim, few know the man behind the wheel who has guided the product to the finish line.

Digital Trends recently had the chance to sit down with the man, the myth, the legend himself: Hiroshi Tamura. As the GT-R chief product specialist, Tamura is master of the GT-R domain, where he makes sure that, “Godzilla stays in fire-breathing form.” In the interview, Tamura discussed a range of topics revolving around the GT-R’s storied past life, present design and changes that could come in the future.

For Tamura, asking why a car should include certain features isn’t something he thinks about. For most proposed changes in the interview, Tamura repeated his philosophy of “why not?” If consumers want a feature, Tamura is happy to include it. At the core of Tamura’s design, the desires of potential buyers is his one and only concern. “I have to think about the customer’s voice, real customers. Meaning buyers. That’s it.”

Tamura noted that while journalists may think being brand new is important, buyers of sports cars don’t necessarily agree. While most consumer cars are constantly chasing new redesigns to entice buyers, collectors of sports cars value tried-and-true power and performance. “In a sports car some matureness is very important. Customers want this kind of sports car attitude.”

Tamura pushed back at concerns from Digital Trends about how long the GT-R has been in production without a redesign. He pointed that while the current generation has been around for 13 years, the GT-R also saw a period of dormancy of the same length from 1989 to 2002. While Nissan may have released new versions such as the R33 and R34 in that period, Tamura noted most of the components were exactly the same.

Balancing investments in new designs without raising costs for customers is part of why the GT-R hasn’t seen radical redesigns recently. While journalists may think improvements will attract customers, Tamura put more focus on the “buyer customer” who expects the car’s price point to be affordable.

When asked about new features that are exciting him and could possibly be included in future generations of sports cars, Tamura put the focus back on what customers want, not what he personally likes. “It all depends on the customer’s voice. If a customer wants an EV, I say ‘why not?’”

Upgrades on the Horizon

Tamura did discuss some innovations in the industry that he is willing to include, if customers desire. Tamura left the door open for potential electric performance cars, noting that Nissan is a leader in electric vehicles.

While some in the industry have scoffed at the idea of taking control from drivers who love to be in command of such powerful cars, Tamura was not dismissive. Tamura’s approach is, “Again, why not?” 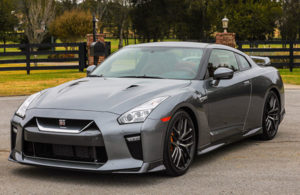 Tamura roleplayed a scenario where a driver could use autonomous driving to handle the most boring part of driving: traffic. Once away from the tedious backup, the driver could then take personal control for the most fun field for driving: the track.

Tamura also noted the “Level .5 or Level .1” status of Nissan’s existing available driver-assisting systems, with aids such as anti-lock brakes already helping drivers behind the scenes. “Your skills may be good, but sometimes you need help.”

Nissan’s long use of motorsports as a factor of their car design is still very important to Tamura, with pushing the boundaries of motorsports being a great way to learn how to design better consumer cars. “Because we are struggling to break through, this is a big learning point or stage for us.”

When asked about the many evolutions the GT-R has seen, Tamura highlighted the design team’s unchanged focus on total balance management. Acknowledging that, “‘Balance’ is a sometimes-boring keyword,” Tamura expressed how important it is to keep that balance in mind, especially for aerodynamics and brake control. Ensuring no aspect of the car overpowers the rest is a key component of the GT-R design.

When tasked with comparing the GT-R to other vehicles, Tamura described the car as being incompatible, saying that, “ (the) GT-R has its own standalone philosophy and direction.” When designing the GT-R, the only competition in Tamura’s mind is the previous models.