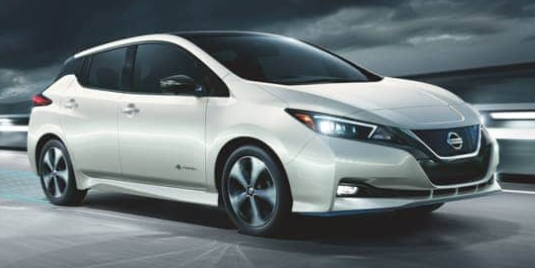 With efficiency so high in Nissan’s latest Leaf batteries, the automaker is working on ways on creative uses for when they outlive the cars they previously powered.

Living Longer than the Energizer Bunny

Unlike the past, the latest electric vehicle batteries are predicted to keep providing energy capacity long past their vehicle’s prime. Likewise, many batteries end up degrading to the point where they may not be suitable for their host vehicle but could power plenty of other products and services. Figuring out just what to do with all these excess batteries is a big part of Nissan’s current electric vehicle plans.

Battery Hearts that Beat their Bodies

According to a new report from Automotive News Europe, Nissan’s batteries in particular will be able to provide electric juice for over two decades. In the report, Nissan believes that while the average Nissan Leaf has a life cycle of a decade, their batteries will survive for twice that length and then some, with estimates as high as 22 years. This data is pulled from monitoring the carmaker performs on the over 600,000 Nissan Leafs the carmaker has sold throughout Europe since 2011.

With their parent cars hitting the scrap yard, a huge resource could end up going to waste. “We are going to have to recover those batteries,” Francisco Carranza, managing director of Renault-Nissan Energy Services, told Automotive News Europe. Thankfully, Nissan is planning to recover and repurpose the batteries for a variety of projects. 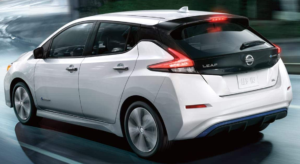 Nissan has already begun putting these leftover batteries back to work. Just last year, the automaker partnered with Amsterdam’s ArenA soccer stadium to provide a supplementary power system. The three-megawatt storage system was made from the equivalent of 148 Nissan Leaf batteries, some new and some used. The stadium uses the recycled battery system to store energy to help provide a more reliable and efficient supply of power.

Another project Nissan has explored is a direct threat to one of the automaker’s biggest rivals in the world of electrified vehicles. While Tesla may get more press coverage for their home-based energy systems, Nissan is also investing in the market.

Under their Nissan Energy Solar brand, the automaker provides solar panels and battery systems for at-home use. The systems retail for 7,635 pounds in the United Kingdom, equivalent to $9,700 in American dollars.

The project is just one way Nissan is looking to diversify its revenue streams, rather than rely entirely on the increasingly-volatile automobile industry. “We are stepping away from the garage and closer to the living room,” Carranza was quoted by Automotive News Europe. 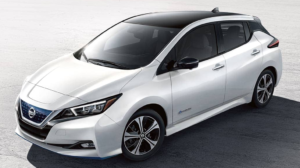 Another usage for the excess battery life doesn’t have to wait until the parent vehicle passes of old age. Storing energy during peak production periods and siphoning it back into the supply when demand is dire is just one way batteries can be leverage to help the energy grid today.

Nissan is operating a pilot project in Denmark based on this principle. The automaker wants to test how owners would feel about letting their Nissan Leaf serve as power supplies for the local energy grid. One perk for Nissan Leaf owners is cash in the bank. The project sees Italian energy company Enel paying some Nissan Leaf drivers as much as 1,300 euros for access to that excess energy and battery capacity.

So far, Nissan’s efforts have been focused on testing in Europe. As they work out the kinks in their plans, American owners may see an expansion into their backyard soon. With the potential to put your car to work for you, American auto owners would surely support such efforts to save the environment and a little cash on the side

Want to get in on this electric craze? Check out our Nissan Leaf selection today at Metro Nissan Dallas!