If you’re searching for the most capable and versatile 2019 Nissan GT-R imaginable, there’s no better place to look than here in Dallas.

2,200 Horsepower under the Hood

Even completely stock, the 2019 Nissan GT-R is a beast. Oft referred to as “Godzilla,” the GT-R supercar is one of the most incredible vehicles on American roads. With 565 horsepower and 467 pound-feet of torque, these stats impressive enough. But why stop there? With aftermarket modifications, the GT-R can reach unimaginable new heights. A company right here in Dallas is taking the GT-R to new limits. As MotorTrend reported, the first step is adding an insane 1,500 horsepower.

Creating a Freak of Force 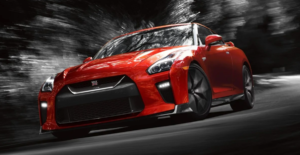 In a recent article from MotorTrend, the car site covered the impressive work of Jotech Motorsports as they trick out and tweak performance cars to the limit. Just down the road from Metro Nissan Dallas, the car shop specializes in souping up performance cars, especially imports such as the 2019 Nissan GT-R. As MotorTrend reported, Jotech has made massive improvements to GT-Rs, with previous models hitting as low as 10-second quarter miles. However, one of their latest kitted-out GT-Rs has blown away all previous attempts.

Normally, Jotech Motorsports offers six available stages of power tuning for R35 GT-Rs. However, the car shop recently worked on a special project for a friend, referred to as DK. The challenge faced by Jotech was to create a state-of-the-art, all-out version of the GT-R that didn’t sacrifice creature comforts and tech to stay suitable for everyday driving. As MotorTrend reported, convenient and comfortable features like “air conditioning, power steering, Bluetooth, and a full interior with heated seats had to be retained.” As such, DK’s tricked-out GT-R maintains a weight of 3,950 pounds fully-fueled, which is nearly the same as a stock version of the supercar.

Yet, as MotorTrend said, “Not close to stock is its astonishing 2,200-hp maximum output.” That mind-boggling number is over 1,500 horsepower more than the stock 2019 Nissan GT-R.

Making that massive improvement was just one piece of the puzzle, however. As Kenny Tran of Jotech Motorsports told MotorTrend, “anybody with the right parts and the right tuning can make loads of power under wide-open throttle.” Perhaps even more impressively, DK’s GT-R was tweaked to still handle normal, everyday driving with ease. MotorTrend said that DK’s goals included such mundane acts as picking up his kids from school.

Two Sides to this Supercar

To create this “Dr. Jekyll and Mr. Hyde” blend, the team at Jotech hade to make major modifications. First, the dual-clutch had to be eased and softened to allow the first two gears to have a more stable and slowed jump when pulling away from a stop. Two sets of fuel injectors were added in to aid with the jump when the GT-R did need to take off from the start, as well as for other high-boost encounters. Since DK wanted to take his GT-R up his driveway, the car had to be lifted with a new suspension system.

Next on the chopping block was the stock transmission and connecting rods. The Nissan-built parts just weren’t designed to be taken hundreds of horsepower past the stock limit, let alone over

1,500. The folks at Jotech took out the stock parts and replaced them with a 4.3-liter custom engine, more powerful turbochargers, a totally rebuilt fuel system and souped up stronger gears for the suspension.

While DK was content to stick to the streets with Dr. Jekyll, Tran wanted to see what Mr. Hyde could do on a dragstrip. Tran took the now-superpowered supercar on a few test runs on everyday streets to first show everything was in working order. Then he swapped out the street tries for drag radials and took the 2019 Nissan GT-R to RaceWars in Ennis, Texas. There the car performed beyond expectations, completing the quarter-mile run in just 7.971 seconds at 175 mph.

Not content to rest on their laurels, Jotech is already planning on how to tackle future generations of the GT-R. Tran spoke to MotorTrend about the R35, saying, “The original designer already had in mind that the aftermarket was going to mod this car, and they really made everything very strong, very sturdy, and very tunable." When the R36 hits the streets, Tran wants more power under the hood by default. "If you're not above 700 [horsepower], you're not even in the ballpark."

The team at Jotech is even prepared to tackle potential hybrid GT-Rs, within limits. Trans hopes that any such hybrid will have motors limited to the front axle, unlike the more-traditional modern hybrids that make tweaks much harder to accomplish. Whatever the future may hold beyond the 2019 Nissan GT-R, Jotech Motorsports will be ready to tweak it, and Metro Nissan Dallas will be ready to sell it.

Ready to go all-out in a new 2019 Nissan GT-R? Please contact us today to order your dream car! We should have one coming in soon!