The verdict is in: the folks at Good Housekeeping and Car and Driver named the Nissan Kicks one of the “Best New Cars of 2019.”

The Nissan Kicks added another award to the collection recently. The 2019 edition of Nissan’s subcompact crossover SUV took top honors in the jam-packed segment, courtesy of Good Housekeeping. The venerable women’s magazine teamed up with Car and Driver to tackle 50 new vehicles and rank them accordingly. The 2019 Nissan Kicks scored above the competition, thanks to a winning combination of safety, value, handling, design and technology. 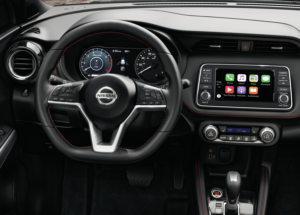 In their review, the team from Good Housekeeping and Car and Driver preached the virtues of the 2019 Nissan Kicks. "This super-affordable model checks all the boxes you want in a first car: great fuel economy, a smooth, comfortable ride and standard safety features, along with some extras you wouldn't normally expect."

The review team found the Kicks’ incredibly cargo capacity to be a game changer. They noted that with rear seats folded down, the 2019 Nissan Kicks features considerable storage space, “even more than in some larger vehicles!”

The review team concluded their praise by saying that, "when it comes to the Kicks, it's all about value. You won't find a more solid car at this great of a price." According to a Nissan press release on the matter, “the starting price for the Kicks S FWD with Xtronic CVT transmission is $18,640. The price as tested of the Good Housekeeping award winner was $23,330.” 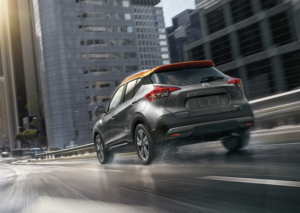 More About the 2019 Nissan Kicks

In the press release Nissan proudly published about the award, the automaker elaborated on the many fantastic features of the 2019 Nissan Kicks.

The subcompact crossover SUV is offered in three trim tiers: Kicks S, Kicks SV and Kicks SR. Regardless of the trim, all are equipped with a standard 1.6-liter DOHC 16-valve 4-cylinder with Continuous Variable Valve Timing Control System (CVTCS). Small yet strong, the engine is capable of 122 horsepower and 114 pound-feet of torque. Fuel economy for the 2019 Kicks is rated at 33 mpg combined, in part due to the fuel-efficient Xtronic transmission,

According to Nissan, the 2019 Nissan Kicks has no shortage of passenger space throughout the cabin, including best-in-class front seat legroom. You’ll have lots of room for your toys and tools, thanks to an EPA-rated 32.3 cubic-feet of cargo space with the rear seats folded down. Other highlights of the 2019 Nissan Kicks include a centrally mounted 7.0-inch color display housing a comprehensive infotainment system, as well as the availability of both Apple CarPlay and Android Auto.

Want to get your hands on one of Good Housekeeping’s favorite 2019 automobiles? Check out our selection of the 2019 Nissan Kicks today at Metro Nissan Dallas.